Just click on one of the symbols to make your choice. You can play as many times as you like. 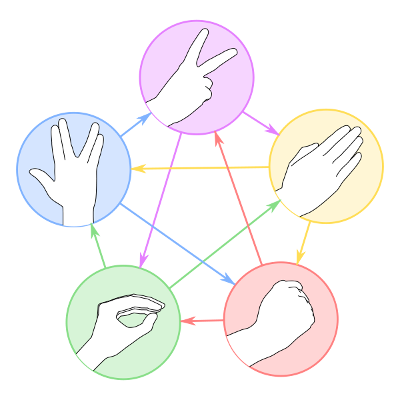 This version is improved a great deal by the use of a graphic from the Wikipedia page about Rock, Paper, Scissors. The buttons from the previous version have been converted into areas of an image map. Parts of the image have also been used in the results. To improve the overall impression, some css has been added.

It looks a lot better and a lot more like a game than the previous versions. The image provides a nice game interface.

Still there is no real incentive to play the game more than once. The reactions of the game very mechanic, maybe a delay or animation could imporve that.